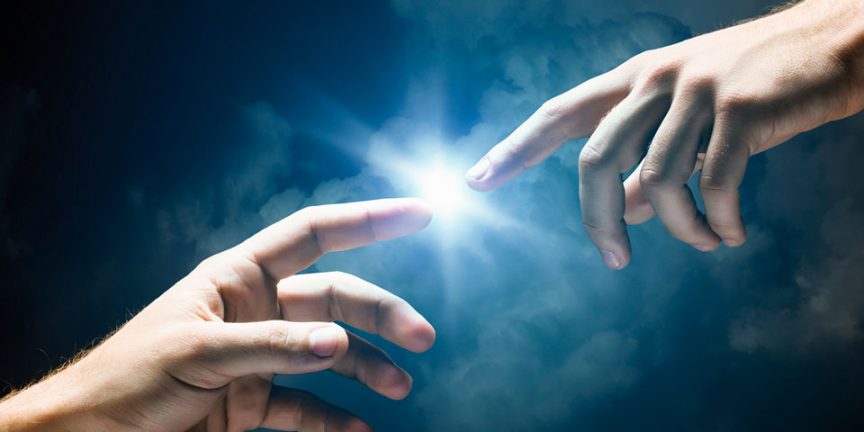 The theory of evolution is “a big con” – but the house of cards is falling, says the editor of a big-selling publication posing arguments of an ‘intelligent design’ behind creation.

Or as one university professor put it: “I think there will be a Berlin Wall collapse [of evolution]. It could happen fast.”

Society’s almost wholesale capitulation to evolutionary theory has proved an increasingly obvious barrier to the gospel, giving people the perfect excuse to deny the existence of God.

But what few know is that the theory of Intelligent Design, backed by many highly-qualified scientists, has blown gaping holes in the Darwinian hypothesis.

Just why this is not widely known is because the mainstream media, along with the educational authorities, have effectively banned it; they don’t want you to know the truth, which is that school textbooks contain a series of ‘proofs’ for evolution that have all been debunked.

However, the good news is that an outstanding booklet has been produced to help puzzled ordinary folk to grasp the nettle about the creation story.

Now in its seventh edition, having already sold over 40,000 copies, The Delusion of Evolution unveils the truth about the latest scientific evidence supporting ID theory.
It’s also an excellent witnessing aid for Christians who should no longer feel the need to apologise for dismissing the idea that we all evolved from lower species.

You can find out how an atheist professor became a believer in God purely by discovering the evidence for ID and how even the arch-enemy of faith, Richard Dawkins, admits he can’t prove evolution which, according to author and lecturer Joe Boot, is in “considerable scientific trouble”.

Editor of the glossy publication, Andrew Halloway, became suspicious of the evidence [for evolution] during school biology lessons 40 years ago, and has since discovered that, although there is plenty of evidence for micro-evolution (limited variation), which creationists don’t dispute, the strength of evidence for macro-evolution (affecting everything) is “pitiful”.

“I believe science has made an unjustified extrapolation from one to the other,” he said. The new theory, he explains, draws on scientific evidence that has only accumulated in the last 50 years or so – and thus wasn’t available to Darwin.

Unfortunately, however, so-called ‘theistic evolutionists’ (Christians who believe God used evolution in creation) haven’t yet accepted it as a theory.

Of course, no-one has a problem believing that human intelligence is behind our modern technology; ID simply uncovers the evidence for design in nature.

“Moreover, most of these circuits and machines depend on the coordinated function of many separate parts. As Bill Gates has noted, ‘DNA is like a computer programme, but far more advanced than any software we’ve ever created’.”

ID has shaken the scientific world so much that atheists have managed to get it banned from science classes in the US and the UK, and evolutionists have begun calling for social media giants like Facebook and Twitter to ban mention of it too.

“This is scientific censorship, which is in itself anti-science,” says Andrew, who sees ID as “a bridge towards faith in our Creator, because we can then go on to explain who the Designer is – and his greatest design was the plan to save us through Jesus.”

He adds: “I have some sympathy with the view of a British professor I know who believes that revival will not come to Britain until the Church here repents of the idolatry of evolution – because evolution has taken the place of the Creator.”

PhD-level scientists are developing ID because they have long seen the impossibility of explaining the mind-boggling complexity of life through ‘chance’. Indeed, they have looked into the code for life, DNA, and realised that only an intelligence could have been responsible.

Parading evolution as a fact for the last 150 years is “a sinister suppression of the truth,” Andrew says, but evolutionists refuse to allow any informed debate that dares to question it.
He adds that the booklet is just a taste of the revolution taking place. “It’s a battle for freedom of thought.”

One of the key players in the development of ID is Dr William Dembski, Associate Research Professor at Baylor University, responsible for the ‘Berlin Wall’ quote earlier on. He explains: “What Intelligent Design does is identify signs of intelligence or design behind biology, using precise criteria.”

And while media reports have tried to dismiss ID as a faith v science battle, Dr Meyer says: “ID has implications for faith, but it is not a religious-based idea. It is an evidence-based scientific theory about life’s origins.”

Read more about The Delusion of Evolution here.